" PERFECTLY IMPERFECT.
THAT IS WHAT SUPER 8 FILMS ARE ALL ABOUT. "

Most of all, Super 8 wedding films let us break away from "the done thing" and make a wonderful memory of your day.
Forget about everything you've ever seen in a wedding film. This is a one-of-a-kind raw, timeless film.
I can make a full-blown Super 8 film, or you can add it to your photography booking or mix digital and Super 8.

Weddings and elopements shot entirely on Super 8mm film (sometimes double 8 as well)
We love it so much that we make full-blown Super 8 wedding films at our baby Crear Bello
​The Super 8 camera is only for the brave and skilled.
It has a no digital screen, no delete button, no auto-focus, no stabilization.... everything is left to the operator.
We are virtually looking through a 10mm round eyepiece and squeezing the trigger to record.
Diopters and focus rings maintain focus and button batteries keep the light source honest.
(I have several cameras, some from France and some from Japan and West Germany... yes, before the wall came down)
​Book a Super 8 wedding film or add a mini film onto your photography booking.
SHOOT IT YOURSELF? 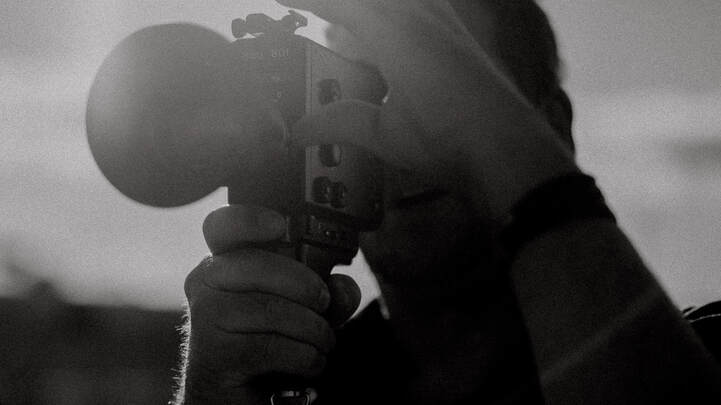 WHAT IS ALL THIS TALK ABOUT SUPER 8 ?​

Trying to describe the feeling Super 8 Film throws is almost impossible. Shooting Super 8 Film, well that's another feeling altogether. In a world where we have phones recording 4K Ultra High Definition and mirrorless cameras outputting images which defy what the human eye can see, Super 8 is the exact opposite. A single roll of Super 8 Film runs for 3 minutes, remember there's no erasing, what you record is final. Once the film is used up we send it off for lab processing and digitizing to 4K. By digitizing the film to 4K we are making sure every single piece of beauty is captured, like the dust particles, film burns and other processing "faults" So when you watch this film, you will see parts which are out of focus, shaky, and perfectly imperfect.

​This is why I LOVE this format so much!